This 17-day tour combines the most popular cities in China with a cruise through the famous Three Gorges of the Yangtze River and the opportunity to feel the power, majesty and timelessness of China’s greatest river. Relax, sit back in comfort and enjoy the sights as sheer cliffs of rock close in around you, drawing you deeply into a scene of almost unspeakable beauty. A Yangtze River Cruise truly is a great and unforgetable experience.

17 Days Yangtze River Cruise Tour Includes: Return International economy flights, bed and breakfast accommodation on a twin share basis in a selection of hotels, 4 nights on a deluxe 5* Cruise Ship on a full board basis, English-speaking guide service throughout the whole tour, excursions (including entrance fees) to all places as highlighted in the itinerary below and all internal transportation in China.

Day 1 - Depart UK for an overnight flight to Beijing.

Day 2 - Arriving in Beijing you will be met by our English speaking guide and be transferred by coach to the hotel of your choice and the start of your 3 nights stay.

Day 3 - Beijing - Start your tour with Tian'anmen Square, the largest public plaza in the world and where on the 1st October 1949, Chairman Mao Tsetung proclaimed to the whole world the founding of the People’s Republic of China. Follow this with a trip to the Forbidden City, which was the Imperial Palace for the Ming and the Qing Dynasty comprising some 800 buildings and over 9,000 rooms. Finally go to the Temple of Heaven, in the afternoon, which is considered to be one of the most beautiful buildings in the world. End the day with a night at the Beijing Opera.

Day 4 - Beijing - Take a whole day's excursion to the Great Wall and to The Tombs of the 13 Emperors of the Ming Dynasty (Ming Tombs at Changling). The Great Wall is China’s most famous landmark. It was built during the Qin Dynasty to protect the country from invaders and extends a total length of 6,000 miles. The Ming Tombs are the mausoleums of 13 emperors.

Day 5 - Beijing to Xi'an - In the morning visit the Zoo and the Summer Palace to see the second home of the Imperial Court, with it's huge collection of over 1,000 paintings, and its charming gardens with marble pagodas and delicately arched bridges. Take an afternoon flight to Xian, which is an ancient capital city of The11 dynasties. Spend 2 nights at your chosen hotel.

Day 6 - Xi'an - Take a whole day's tour to visit the Terracotta Warriors where 6,000 life-sized Terracotta Soldiers and horses guard the tomb of China’s first emperor - Qinshihuang. It was uncovered by some Peasants digging a well in 1974 and turned out to be the most important discovery of the 20th century. Spend the evening at a Tang Dynasty Show.

Day 7 - Xi'an to Yichang take a morning visit to the "Big Wild Goose Pagoda and The City Wall. Later on fly to Yichang and board a Deluxe 5 star cruise ship to start your Yangtze River Cruise.

Day 8 - Disembark for a shore excursion to The Three Gorges Dam. Pass through the longest and fiercest Xiling Gorge with its great rapids and breath-taking rock formations.

Day 9 - Three Gorges - Travel on through the 44 km long Wu Gorge, famed for its deep valley with misty peaks and pillar-like mountains reaching as high as a mile. Disembark to sampans to travel up the crystal clear water of The Three Lesser Gorges on the Shennong Stream. Pass through The Qutang Gorge, the shortest but most dramatic of the Three Gorges.

Day 10 - Disembark on a shore excursion to Fengdu, “City of Ghosts”. a small town with a rich production of oranges and tangerines. Its local market gives you a unique experience of a small mountainous city on the Yangtze River.

Day 11 - Chongqing to Guilin - Arrive in Chongqing which is a Mountainous city of 2000 years. Visit Pipa Hill for a bird’s-eye view of this ancient city and the only one in China absent of bicycles! Transfer to the airport to catch your flight to Guilin, the most scenic city in China. Spend 2 nights at your chosen hotel.

Day 12 - Guilin - Take a whole day's luncheon cruise on the crystal clear water of the picturesque Li River. Stop in Yangshuo, followed by a trip to Elephant Trunk Hill.

Day 13 - Guilin to Hangzhou - Visit Reed Flute Cave, which, with its multi-coloured lighting and fantastic stalactites and stalagmites, resembles a set from “Journey to the centre of the Earth”. In the afternoon take a flight to Hangzhou. Have a 2 nights stay at your chosen hotel.

Day 14 - Hangzhou - This city is one of the most beautiful in China; famous for its lakes and gardens. Marco Polo observed, “Above there is paradise; on earth there are Hangzhou and Suzhou”. Try a West Lake Cruise, or visit Lingyin Temple, Six-Harmony Pagoda or a Tea Farm.

Day 15 - Hangzhou to Shanghai - Transfer to Shanghai. Visit Jade Buddha Temple, where the largest Jade Buddha Statues carved from a single piece of white Jade are located, or Yuyuan Garden with it's zigzag bridges, The Children’s Palace or an Acrobatic Show. Spend 2 nights at your chosen hotel.

Day 16 - Shanghai - After breakfast you have a Free day on your own to shop or explore this fascinating city.

Day 17 - Today you will be transferred from the hotel to Shanghai International Airport for your return flight back to the UK. The arrival date back into the UK will depend upon the flight departure time from China. 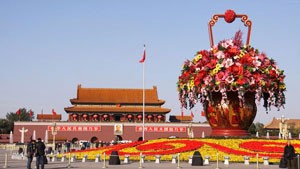 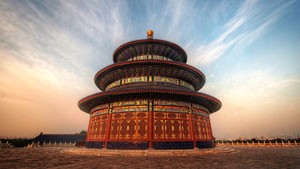 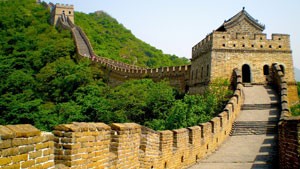 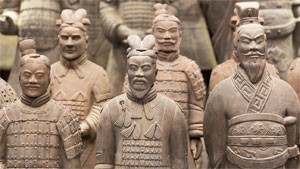 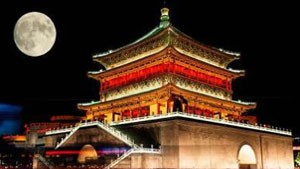 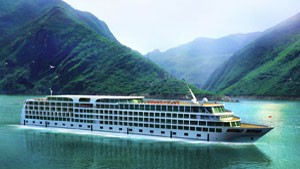 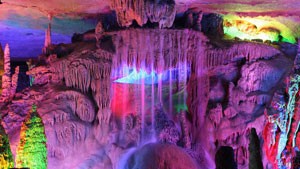 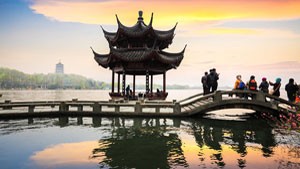 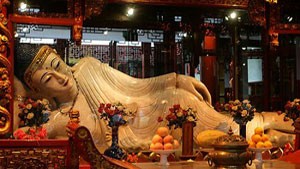 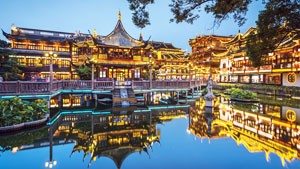 Because we offer a 'Tailor-Made Service' for all our China Tours the above itinerary is only meant as a guide and you are able to extend your time in China to suit your own personal requirements and the time that you have available. Group Tours - Having over 25 years expertise in the group travel market, we also offer 'Group Discounts' (10 Passengers or more), with tours that can be uniquely structured for any type of group and more importantly to the budget that the group is trying to achieve. Atlas 'Group Tours' are ideal for schools, colleges, sports group or even private social group tours. 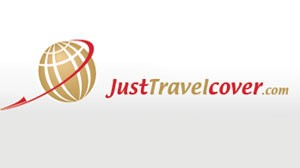 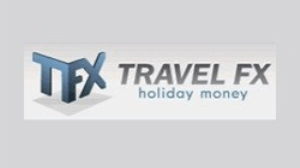 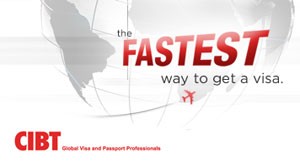 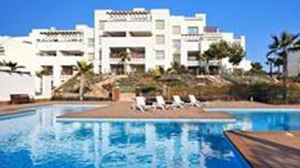